Everyone wants to live a longer and healthier life. Numerous website and magazines provide plenty of advice on how to care for your body and maximize your lifespan. 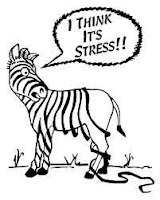 Eat the right food, exercise, drink lots of water, make sleep a priority, don’t smoke or use illegal drugs, and maintain a healthy weight are on every list.  Recently several articles have appeared on news and Facebook feeds about the importance of faith, prayer, and church attendance in a longer-healthier life.  In August 2025 I referenced two studies in my blog post The Pursuit of Happiness.

More studies have followed that have led to some surprising conclusions. Seven benefits of an active faith are described by researchers as follows:

Participation in religious organizations was ‘the only social activity associated with sustained happiness.’ Researchers noted, however, that it is unclear whether the benefits of participating in a religious organization are linked to being in the religious community, or to the faith itself.
The Week,  The Key to Sustained Happiness, 8.15.15

Less Depression
Regardless of unhealthy or healthy habits, the study found that people who attended one religious service each week were less likely to be depressed than those who did not. Since depression can impact longevity, such attendance might help. And a 1998 study published in the American Journal of Public Health found that elderly community residents who regularly attended church services lived longer than those who did not partake.  Health.com,  21 Reasons you Will Live Longer Than your Friends,  Michael De Medeiros, 9.19.15

A number of studies have found that devout people have fewer symptoms of depression and anxiety, as well as a better ability to cope with stress. Certain religious practices may even change the brain in a way that boosts mental health, studies suggest.
The Science of Religion: How Spirituality Impacts Mental Health, Rachael Rettner, 9.29.15

For example, a 2005 study of older adults in the San Francisco Bay area found that being religious served as a buffer against depression among people in poorer health, with the highest levels of depression among those who were in poor health and not religious. In addition, a 2013 study found that patients who are being treated for mental-health issues such as depression or anxiety responded better to treatment if they believed in God. The Science of Religion: How Spirituality Impacts Mental Health, Rachael Rettner, 9.29.15

In another review of 93 studies on religion and health, Dr. Harold G. Koenig, director of the Center for Spirituality, Theology and Health at Duke University Medical Center, found that more religious people had fewer depressive symptoms."People who are more involved in religious practices and who are more religiously committed seem to cope better with stress," Koenig said. "One of the reasons is because [religion] gives people a sense of purpose and meaning in life, and that helps them to make sense of negative things that happen to them," Koenig said. A person's religious community can also provide support and encouragement through hard times, he said."

Studies on the brains of religious people may also provide an explanation for the link between religion and mental-health benefits, said Dr. Andrew Newberg, a neuroscientist at Thomas Jefferson University and Hospital in Philadelphia. Studies suggest that meditation, and meditative prayer (such as prayer that repeats a particular phrase), activate areas of the brain involved in regulating emotional responses, including the frontal lobes, Newberg said."It's also possible that the beliefs and teachings advocated by a religion — like forgiveness, love and compassion — may ‘become integrated into the way the brain works. The more that certain neural connections in the brain are used, the stronger they become, he said, so if a religion advocates compassion, the neural circuits involved in thinking about compassion become stronger.”

Women who attend religious services frequently may live longer than women who don't, new research suggests. Women who attended religious services regularly were 33 percent less likely to die during the study period, compared with women who never attended services. Once-a-week attendees were 26 percent less likely to die, and those attending less than once a week were 23 percent less likely to die. Overall, frequent religious attendance was associated with a 27 percent lower likelihood of dying from cardiovascular disease and a 21 percent lower risk of death from cancer. Frequent attendance was also associated with significantly less risk of breast cancer and colorectal cancer.  Religious Service Attendance Tied to Longer Life, Reuters, 5.16.16

We know that being a Christian gives us eternal life in heaven and abundant life here on earth. Now, it appears that the scientific benefits for our bodies and minds are equally important. Say your prayers, read your Bible, and go to church on Sunday. It just might save your life.

Blog Along with Me

Today I write blog post #98 and celebrate the fourth anniversary of Too/Two Late Bloomers, which I started in May 2012. During these four years, 20,000 people in over 20 countries have clicked on my blog. I think that is something to celebrate. Last week I taught a class on blogging for beginners at my Christian Authors Guild writers’ group and was amazed that my experience encourages others to take a leap into the blogosphere.

People benefit from blogging—especially senior adults— according to Carla K Johnson of the Associated Press who wrote an article entitled “Senior Citizen Bloggers Defy Stereotypes” in 2005. Putting your thoughts on paper and online is good therapy.

Blogging helps all age groups because people are writing about topics of interest to them. Blogging keeps our mental juices flowing and connects us with people of like interest. When people blog, they are not in front of the TV and are being creative. While reading and writing blogs, folks grow and learn each day.

You have gotten to know me and my late bloomer husband through my blog and now I’d like to know you better.

What would you blog about if you had the chance?

Here’s your opportunity. I am soliciting input for my blog from you and throwing out a challenge. Submit a paragraph or poem to me on any subject you like, and after editing I will publish it on my blog during the month of June. You can identify yourself or submit it anonymously. Here are some topics to choose from along with others that interest you.


Type your submission in the body of an email with the subject line reading: blog submission and send it to me at:  friedas@bellsouth.net

I can’t wait to see how many of you will accept the challenge.