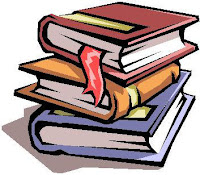 Inspiration is defined as “the process of being mentally stimulated to do or feel something, especially to do something creative.”  I believe inspiration is a gift from God, and I am thankful for those writers who have gone before me and inspired me to use my gift to write.  What inspires you and how are you using your creative gifts?  Please post a comment and share it with me.
Posted by Frieda Dixon at 11:15 AM 5 comments:

The closing of a hardware store and a drugstore caught my attention while I was stuck in traffic.  Already the buildings had fallen into disrepair.  It made me sad to think about the no longer used stores and the employees who lost their jobs.  Hopefully, other businesses will move in and restore the buildings to their former glory.

Those stores are not the only thing falling apart lately. I could add my name to the list. This past year has not been kind to my body. Last August a long time pain in my hips and legs became more acute. With too much to do and too many places to go, I kept hoping it would get better on its own. By the holidays I was using a cane and at times a wheelchair to get around. I spent a lot of time in my recliner with a heat pack on the affected areas. Being bored and watching too much TV led to a dangerous addiction—snacking.

By the time I saw the orthopedic doctor in January, I needed shots and steroid epidural injections to calm the pain. Steroids are not kind to my body and one of the major side effects is immediate weight gain. Then I was off to physical therapy for four months before I could really walk again. No physical exercise and a year of poor eating habits and I was shabby-chic—looking old and worn around the edges.

My late bloomer husband is a fitness nut and he kept encouraging me to get moving again. Long walks made my leg hurt again, so I decided to take the suggestion of my physical therapist and get a recumbent bike. Those black and steel exercise machines at fitness centers really turn me off.  They remind me of medieval torture chambers, but I decided a recumbent bike was more user friendly. After much research, I opened my wallet and bought a bike. My daily rides have gone well so far with no bad side effects. Since the control panel looks like a black metal face and since it blows air to help keep me cool, I’ve decided to name my new friend “Darth Vadorette.”

I knew I still needed to do something about my eating habits. Exercise wouldn’t do the job alone. I decided to take the Bible verse seriously on the subject of temple maintenance.

“Or do you not know that your body is a temple of the Holy Spirit who is in you, whom you have from God, and that you are not your own? For you have been bought with a price: therefore glorify God in your body.”  1 Corinthians 6:19-20

I need to feel better so that I can do those things that God calls me to do and glorify Him. Lack of energy makes me sluggish and tight fitting clothes make me want to stay home instead of interacting with others. So I bit the bullet and joined Weight Watchers. It has been a rude awakening to discover how out-of-control my eating has become. It will be a long but very worthwhile process. The new Smart Point online plan and an easy to navigate Smart Phone App make keeping up with my food intake easier than ever. I think I can do this long term and achieve my goal.

As senior adults we can go into a long decline, or we can do our best to get back into the action.  Darth Vadorette and I are on a mission to pedal together as far as we can.  I hope to see you on the road to better health.