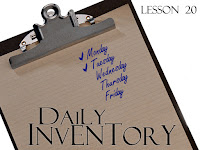 The Profit is a television shows Charles and I enjoy. Marcus Limonis is a wealthy investor who uses his money “to save small businesses and make money.” As small business owners ourselves, we like the premise of that reality show. Marcus visits struggling family-owned stores and factories and decides whether his investment can turn help turn the company into a money-making operation.  It’s not easy for him to convince the original owners to give him a percentage of the company, and to put in place a process to generate more revenue.  Inventory control is one of the pillars of that process.  Limonis insists on streamlining the inventory, having a fire sale of the excess, and stocking only products that are profitable.

How times have changed. In January 1992, I signed up to work for two days at a clothing store for $8 an hour to count inventory.  Bar codes and scanners were yet to be invented. I was assigned a section of the store and given a clipboard to record my findings. I counted the items on each rack and entered the numbers by size and style.  After several hours on my feet, I was dog tired, but the owner had the information needed for property tax purposes.

January is also a good time of year to conduct a personal inventory—to take stock of where you are and what you want to accomplish.  It is intimidating to look around the house and try to deal with all the stuff that takes up too much space and time.  In the spring and fall, I deal with clothes and what needs to go and what needs to be replaced.  My mission at the first of each year is to clean out files (computer and paper) and closets filled with accumulated junk.

Using that same analogy, I need to take time to look within and reevaluate habits and attitudes that clutter my relationship with God and people. These two Bible verses call for all of us to examine ourselves and our ways.

Lamentations 3:40 — "Let us examine our ways and test them, and let us return to the Lord."
2 Corinthians 13:5 — "Examine yourselves to see whether you are in the faith; test yourselves. Do you not realize that Christ Jesus is in you—unless, of course, you fail the test?"

As a creature of habit and convenience, it is hard for me to evaluate and make the necessary changes that will often push me out of my comfort zone. In other words, change is hard and often resisted. Think how much better we would all feel if we threw away judgmental attitudes toward people and negative thoughts about the situations we face.  Just like getting rid of the stuff in our closets frees up time and choices, an uncluttered spirit opens our minds to the still small voice of God, who desires to use us in ways we can only imagine. Take inventory and make way for that which is new and fresh. 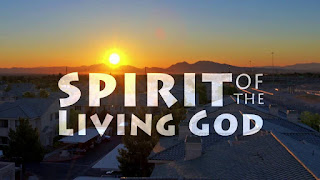 So Much Wasted Time 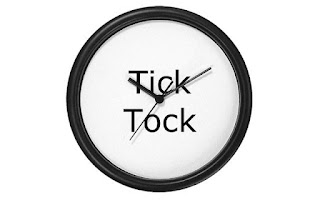 The Partridge Family aired on TV from 1970-1974 during the time I was raising my two young sons. It was a wholesome program for the whole family to watch.  David Cassidy (Keith Partridge) played the oldest son in the musical touring group.  Every teenage boy wanted to look, sing, and play guitar like him, and his good looks made him a heartthrob for every teenage girl.  In other words, he had it all.

By the mid-1980s, he was broke and addicted to alcohol. His multiple marriages and relationships indicate he had a troubled life. A felony conviction from driving under the influence occurred in 2014. Soon after, he was diagnosed with Dementia and the effect of alcoholism was destroying his liver.

David Cassidy died on November 21, 2017. His daughter, Katie Cassidy, thanked those who loved and supported the family during their trying time, and added that her father’s last words were:
“So Much Wasted Time”

Those four words have haunted me ever since I heard them.  I don’t know about you, but I don’t want those or similar words to be the last thing people remember about me.  Instead, I want to hear the words of Jesus recorded in Matthew 25:21:

As we start a new year, it’s appropriate to think about all the time wasters that keep us from doing our best. Below are the top four that are a challenge for me and probably for you, too.

1.      Darkness — We have just experienced the Winter Solstice- the longest night and the shortest day of the year.  I love daylight and too much darkness makes me lethargic.  My energy level goes down and I have a harder time getting going in the mornings.  I want to eat too many carbs and not exercise. Overcoming inertia is a daily challenge. Spending too much time scrolling through Facebook and other Apps makes me sedentary and I am less productive.
Solution:  There's nothing I can do about the darkness, but I can get moving and throw away the sweets.

2.   Bad Habits — We all have them-things we do that could be replaced with more productive habits.  Scrolling the internet for sales and items to order—and often send back—is time consuming.  Shopping and deciding once I get it home to return it is another time thief. I could use that time and save money, too, by being less impulsive.
Solution:  Spending more time relating to other people and praying for needs is a much more productive habit to cultivate.

3.    Procrastination — It is defined as the action of delaying or postponing something.  Or as humorist Mark Twain said, “Never put off till tomorrow what may be done day after tomorrow just as well.”    I am not normally a procrastinator, but this past year I’ve found myself rushing around at the last minute trying to do something that should have been done the day before.  During the lead up to Christmas, I found myself waiting in long lines at stores and the post office. I should have mailed the package the  week before the Christmas crush. It’s a good lesson for me because I’ve not had much patience for others who procrastinate.
Solution:  Work at tasks every day, so that they won’t pile up at the end. How do you eat an elephant?  “One bite at a time.”

4.   Clutter — Too much stuff in an unorganized condition makes life more difficult and robs us of time that could be more productive. We all have clutter, but too much can harm our productivity and emotional health. I waste too much time looking for car keys, glasses, gloves, and my cell phone, to name a few.  Sooner or later lost things show up, but if I’m trying to get out the door, I will often be late for that appointment.
Solution:  Start the New Year right by finding a place for everything.  Give away the excess so that I can keep and enjoy the essential. Take time at night, instead of watching TV in my recliner, and put the house in order.

An American Founding Father wrote similar words to the quote by David Cassidy.


‘You may delay, but time will not, and lost time is never found again.” – Benjamin Franklin
Posted by Frieda Dixon at 4:38 PM 4 comments: