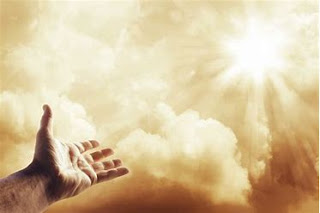 This past weekend we went with friends from church to see the movie “I Can Only Imagine.” The uplifting song with the same title—with 2.5 million copies sold—is the best-selling Christian single of all time. The inspiring words describe what the writer imagines it will be like when he goes to heaven and stands before God.

Bart Millard wrote the lyrics in 1999 and his band MercyMe recorded it shortly after. The song has been described as a ‘rush of hope’ for people experiencing loss, illness, and other traumatic events. In the aftermath of the 9/11 terrorist attacks, many found solace in its lyrics.

Eighteen years later the story behind the song is now in movie theaters. Bart Millard’s story is deeply personal and painful. His abusive childhood destroyed his relationship with his earthly father. Many years later his father found the Lord as he was dying from cancer. The pain of losing his father after he had reconciled with him was Bart’s inspiration for the song.

So much of life is like that. We live in a pain-filled world. All of us can identify with the need to forgive and the desire for reconciliation with a family member, friend, and with God. The recent school shootings, bombings, and personal tragedies leave us wondering about life and death. Does any of it make any sense? It only does if we can look beyond the pain to a better future.

As we approach Holy Week and the celebration of Easter, I am reminded of the great pain and sacrifice the Son of God made for our salvation. On the last night before Jesus’ crucifixion, he tried to prepare his disciples for the future.

A recent online Fox News article reports on a speech from the Vatican in which the Pope spoke about the use of the crucifix as jewelry.


“Pope Francis said that the crucifix is a religious sign to be contemplated and understood, rather than merchandised. He said that the crucifix is a sacred sign not to be "abused" by being treated as an ornament or clothing accessory. The image of Jesus crucified reveals the mystery of the death of the Son as the supreme act of love, the source of life and salvation for humanity of all times." By Daniel Hammond and Ruth Gledhill, SWNS | Fox News

I can’t agree more. An empty Easter cross makes a much better piece of jewelry because it celebrates resurrection, new life, and hope. It makes it possible for me to sing along with Bart Millard and MercyMe. 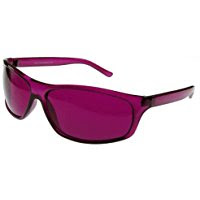 It’s time to put on my rose-colored sunglasses. Last fall my new, burgundy-tinted shades revealed the changing autumn leaves in full Technicolor. The reds, oranges, and yellows were bright and vibrant.  When I removed my glasses, the leaves reverted to a more subdued shade of red or gold. Spring color is exploding in Georgia and I want to once again experience God’s creation on steroids. The daffodils will be a brighter yellow and flowering red buds almost purple through my rosy spectacles.

After a cold, rainy winter my aching bones are ready to experience spring. I will gladly throw the heavy coat, gloves, and boots into the back of the closet and choose more lightweight, carefree options. I know my friends in my birth state of New York have no pity for me as they are buried under almost two feet of heavy, wet snow. Whenever I am tempted to complain about our cold March temperatures, I think about them and stop whining.

It’s also been a winter of discontent in our country. The discouraging daily news with shootings, political infighting, and natural disasters weighs as heavy as a soggy snowfall. The daily dose of realism on TV and online seems to rule the day leaving little room for peace of mind and a positive attitude. A verse in the Bible keeps me from feeling negative about life.

The Apostle Paul admonished the Christians in Philippi to filter their thinking through God’s rose-colored glasses.

He explained that right thinking was the key to experiencing the peace of God. He encouraged the believers in Philippi to focus on those things that are true, honorable, just, pure, lovely, and praiseworthy. Paul implied that a change in thinking— seeing things with God’s perspective— can bring peace in the midst of difficult circumstances. 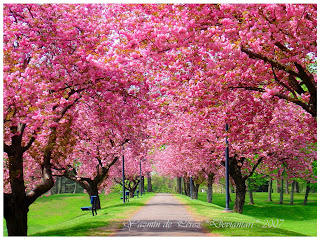 This verse tells me I can avoid anxiety by looking for something praiseworthy in every situation. Inner peace is contagious and other people will notice and want to know your secret. Then you can share with them how God’s rose-colored glasses can help them see life differently too.