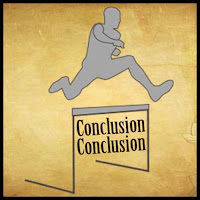 I recently watched an old movie with Paul Newman and JoAnne Woodward.  In The Long Hot Summer, Newman’s character was falsely accused of being an arsonist.  Almost the whole town jumped to the conclusion that he was guilty and tried to run him out of town.

“Snap judgments often lead to regrets from those
whose only exercise is jumping to conclusions."

The first accused the President of telling his lawyer to lie to Congress.  With no documentation to back up the claim, much of the news media had the President convicted of an impeachable offense.  The accusation was later walked back when the Special Counsel who investigates such crimes said it wasn’t true.

Next on a demonstration-filled weekend in the nation’s Capital, teenage boys from a Catholic school in Kentucky were accused of racism against Native Americans. The accusation was based on a cherry-picked video.  When the full video was released, it was revealed the boys did not instigate a confrontation, but were themselves victimized by epithets from a Black Hebrew Israelite group.

These two incidents of the media defaming people and making snap judgments, made me question if the Bible had something to say to me on the subject.  Yes, I confess; As a Christian, I’ve been guilty of jumping to conclusions myself.  Four truths "jumped" out at me.

Appearances Can be Deceiving - See the situation from all sides and from another’s point of view.
John 7:24  “Do not judge by appearances, but judge with right judgment.”

Be Slow to Judge - It’s better to be discerning and deliberate in our thinking than to pay the price of false judgment.
Proverbs 25:7-8  “What you have seen with your eyes, do not bring hastily to court,  for what will you do in the end if your neighbor puts you to shame?"

Grow in Wisdom - Senior adults should use their life experiences to help resolve difficult situations and relationships.
Job 12:12  “Is not wisdom found among the aged?  Does not long life bring understanding?”

Remember your Weakness – Look inward and not outward before jumping to conclusions.

I conclude with a word to the wise from author, Scottie Waves:
“Stay open-mined. Things aren’t always what they seem to be.”

Posted by Frieda Dixon at 12:16 PM No comments:

Email ThisBlogThis!Share to TwitterShare to FacebookShare to Pinterest
Labels: Do not judge, jumping to conclusions, snap judgments, use wisdom

Joy in the Journey 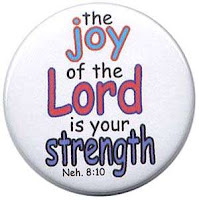 Three hundred and fifty-eight days remain in 2019.  Where did 2018 go? It is definitely true that the older I get the faster time flies by. Having the flu for ten days after the frenzy of Christmas has left me worn out and struggling to get back to normal.  January is usually my busiest and happiest time of the year.  Even though the days are short and dreary, I am energized to get my life and possessions back in order.

Not so this year.  Even though I retired from the office at the end of August, much of my time has been spent fighting one infection after the other. In 2019, I definitely need to find better health and Joy in the Journey.

Where should we look for joy?

Not on the news.  I want to cry when I read about heathen or pagan worship services being held on the USS John C. Stennis in the carrier chapel. Why would they want to meet for worship when they don’t believe in any god?  And who would have ever thought that the number one cause of death in this world in 2018 would be abortion.  Not a disease like cancer with 8.2 million deaths or heart disease (5 million) but a cause of death chosen by 42 million people last year.  This is a heartbreaking statistic, until I look at the adopted children in our church. Those birth mothers chose to carry their babies to term and give joy to the adoptive parents who now love them and care for them each day.

Not in Hollywood where during the Golden Globes actor Christian Bale credited Satan with inspiring his role in the movie, Vice. It seems as if the God-hating world gets all the publicity these days.
Joy comes from the inside out. It is like a well of water that needs to be drawn to the surface. Christian author, CS Lewis said “Joy is the serious business of heaven.” Christianity is often portrayed as a religion of rules that deprive the follower of joy.  The good news of Christianity is that when we are in a right relationship with God through Jesus, we receive the gift of JOY. We just recently celebrated Christmas and sang “Joy to the World.”

Now that Christmas is over, I don’t want to leave my gift of Joy in the box or on the shelf.  My New Year’s resolution is to incorporate more joy into my daily routine and find reasons to share that joy with others.

Another author wisely wrote: “Focus on the journey, not the destination.  Joy is found not in finishing an activity, but in doing it.” (Greg Anderson) 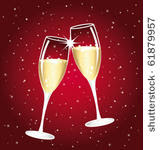 Posted by Frieda Dixon at 2:01 PM No comments: