A New Kind of Scary

Scary movies, decorations, and parties dominate during the month of October in preparation for Halloween.  Skeletons, witches, and monsters grab your attention at Home Depot and Walmart. With no small children in our life, we don’t involve ourselves much in the make-believe celebration.

Real life scary stories are harder to overlook. In my insular world, people don’t talk much about slavery.  After all slavery is dead in this country, or so I thought.  My eyes have been opened recently to an ongoing form of slavery called human trafficking.  It is frightening to think that over 100,000 children and young women are trafficked in America today.  They range in age from nine to nineteen with the average age being 11.

Some of the forms of slavery involve the sex trade, labor exploitation, organ harvesting, and black-market babies.  And the law enforcement and legal communities are struggling to stay ahead of the exploding criminal organizations that profit from exploiting others.

A human trafficker can earn on average over $250,000 a year pimping out a young girl for sex.  Many victims are brought into the U.S. from Eastern Europe and southeast Asia and sold to work in sweatshops, as domestic servants, and in agricultural work. It’s not a topic discussed much on the nightly news or in the halls of Congress.   However, the U.S. State Department calls forced enslavement the greatest human rights issue of our time.

Any child or teen runaway—both male and female—is in danger of being snatched and forced into slavery.  The internet plays a significant role in grooming vulnerable minors to meet up with older men and women who sell them to traffickers for a healthy profit.

Florida, California, and New York are the states where most human trafficking occurs. Metro Atlanta, where I live, sits on important Interstate routes that provide quick access to the interior of the country.  The income generated by forced slavery in the U.S. is expected to exceed that of the drug trade in as little as five years.

I suspect you are equally disgusted and saddened by what I have written.  These are just some of the statistics that you can find on the internet.  Those who manage to escape are psycho
logically traumatized for the remainder of their lives.  Many live with lifelong disease and disfigurement from their capture.  The problem seems so overwhelming that I wonder if there is anything being done to combat it. 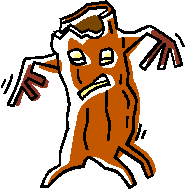 A lady recently spoke at our church about what is happening at the local level to rescue teenage girls.  The group is called “Out of Darkness.” Also, I have become aware of the efforts of the financial industry to track down the criminals that engage in laundering money from their illegal enterprises.  My son, Stuart, is involved through his banking job in Toronto. I will interview both for my next blog post in order to raise awareness of how we might get involved.

As Christians with a moral compass, we need to pray for our lost children and young adults that they will be freed from their slavery.  Pray also for our law enforcement organizations tasked with finding the criminals who perpetrate these heinous crimes.

Posted by Frieda Dixon at 11:59 AM No comments: