All the talk in Washington and on Cable TV News this week is about President Trump’s First 100 Days.  This political benchmark is an attempt to hold the President and Congress accountable for what they accomplished during this artificially imposed time period. The pundits and historians will analyze and debate their record for days and years to come.

My first 100 days of 2017 has flown by in a whirlwind.  I can’t believe May is next week.  So I have to ask myself what I have accomplished during almost one-third of 2017.  It’s sobering to look back at my productivity. I am very thankful that no newspaper article or news show will critique my accomplishments.

Since New Year’s Day I have been blessed with 16 weeks or 2400 hours of time.  That calculates to 144,000 minutes which according to the Bible is a perfect number. (See Revelation 7 & 14)  I spent one-third of that time sleeping which left me with 1600 hours to be productive.  So what have I done? 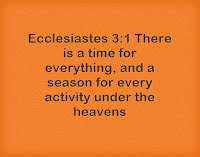 The stuff of life is very time consuming. The demands of the busy overshadow my efforts to rest, relax, and recharge. My personal critique is that I haven’t spent enough quiet time in prayer and reflection. It is very difficult for me—and I imagine most people—to find the balance between productive work and a quiet time with the Lord.

My best times are when I count my blessings and pray for needs of people who are experiencing difficult times. Other times of reflection come when I consider a blog topic and what to write. I feel the Lord’s presence as I share my life and offer encouragement to you.  Please comment below and tell me how you find the balance in your life between busyness and quietness.
.

Email ThisBlogThis!Share to TwitterShare to FacebookShare to Pinterest
Labels: 100 days, A Time for Everything, use of time

The Case for Christ 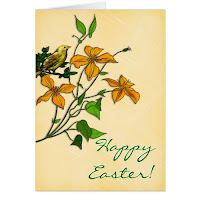 It’s the week before Easter which in many Christian traditions is considered the holiest week of the year.  Yet it’s hard to find Jesus’ resurrection in the middle of all the colored eggs, chocolate bunnies, and new clothes.  Yes, I admit I’ve been out shopping for some new springtime apparel to wear during these glorious and sunny 80 degree days.  I’m also trying to remember and celebrate the “reason for the season” and the greatest gift of God’s grace given to an undeserving mankind.

The Case for Christ made its debut in movie theaters last weekend. It is a very well made and dramatic portrayal of the life of well-known atheist, Lee Strobel, and his investigative journey to debunk the death of Jesus on the cross and the reality of the resurrection. His marriage and career was almost destroyed because of his obsession to prove that the whole Christian narrative was a delusion.

I had previously read his book with the same title, but seeing the movie brought his journey into clearer focus.  The love and prayers of his wife played a vital role in him finding the truth in the midst of his determination to deny the existence of God and the evidence of Jesus’ empty tomb.  I highly recommend this movie to all my blog readers during this Easter season. 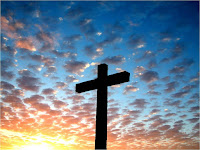 Our country has a changing religious landscape where most Americans don’t believe the USA is a Christian nation.  This is a belief shared by both Catholics and Protestants alike.  Many feel that those who profess their Christian beliefs have been demonized and, at best, marginalized in recent years.

Those of us who have professed belief in Christ have a wonderful story to share with those around us.  That story can be shared through words, as well as deeds, and prayers offered on behalf of other people.  Lee Strobel found that he couldn’t prove or disprove the good news of Jesus intellectually, but when he realized he didn’t have all the answers, the love of God reached down and found him.

I found the following quote in the magazine Facts & Trends, written by Alvin Reid and published by LifeWay.

“Don’t buy the negative rhetoric: Our society has not suddenly plunged into an abyss of secularism and atheism, leaving a culture of spiritually walking dead with no interest in the claims of Christ.  You and I live in a mission field.  Life is a mission trip—take it, and start today!”
Happy Easter
Posted by Frieda Dixon at 11:40 AM 8 comments: