What is more peaceful than sitting beside a waterfall or mountain stream watching fresh gurgling water tumble over rocks as it moves on its way?  It is soothing for both the mind and body. We had that experience during our recent visit to Amicalola Falls State Park. The abundant spring rains pumped up the volume of water cascading down the mountain side. We heard the roar of the falling water as we hiked in for a better view. Moist spray from the falls dropped the temperature several degrees. What a cool and peaceful place on a hot summer day. As much as we wanted to stay in the mountains and enjoy the refreshing falls, we had to return to the valley and face our busy lives.

Our pastor is delivering sermons on the Fruits of the Spirit from Galatians 5:22-23.  His recent sermon on “Peace” makes me think about different types of peace.

World Peace – Beauty pageant participants regularly cite “World Peace” as their platform. September 21 is designated as World Peace Day. We do not live in a peaceful world and nations and leaders are always looking for a path to peace. It’s an elusive goal. President Kennedy said, "Peace is a daily, a weekly, a monthly process, gradually changing opinions, slowly eroding old barriers, quietly building new structures."

Peace Corps – This US based organization sends volunteers overseas on projects that help social and economic development. These representatives help other countries understand American culture and learn about the culture of the recipient nations. Its goal is to increase understanding of global issues all countries face.

Peace Signs – These two signs became popular during the Hippie movements of the 60s and 70s. The circular design was created by Gerald Holtorn in 1958 for the British campaign promoting nuclear disarmament. It portrays a despairing human with downcast arms standing against the world. The two-finger V symbol was flashed by President Richard Nixon as he was boarding Air Force One after                                         resigning in disgrace.

Peace Lily – This green plant with white flowers is often found at funerals. The sympathy plant symbolizes the deceased person being in a state of innocence and peace.

Inner Peace – Many philosophies, religions, and cultures emphasize a pathway to peace. Perhaps inner peace is even more elusive than world peace. In our crazy, busy, hyperactive, and caffeinated lives, is it possible to find the inner peace we crave?  Can we recharge our batteries, not just during our annual vacation or weekends, but on a daily basis? The Bible offers wise words and guidance if we wish to find inner peace.

Jesus said: “Peace I leave with you; my peace I give you. I do not give to you as the world gives. Do not let your hearts be troubled and do not be afraid.” John 14:27

The Apostle Paul penned these words from his prison cell: “But the fruit of the Spirit is love, joy, peace, patience, kindness, goodness, faithfulness, gentleness, self-control; against such things there is no law.” Galatians 5:22-23

Peace is available to us as Christians when we tap into the fountain of peace that is God, Jesus, and the Holy Spirit. Inner peace requires us to stop striving, be still, and spend time with our creator, savior, and comforter. That’s how we will find peace with God, ourselves, and others.
Posted by Frieda Dixon at 5:49 PM 1 comment: 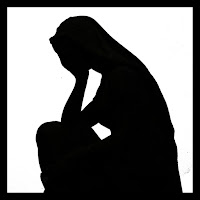 A successful life is to be enjoyed, celebrated, and always on an upward path to happiness. Or so we are told.  Most of us believe this and do everything we can to ensure this positive outcome for the years we are given.

The shocking news of two celebrities that committed suicide reveals a different reality than the tabloids. Both Kate Spade and Anthony Bourdain appeared to have it all—success, fame, fortune, and a glamourous lifestyle. The dark thoughts and struggles they experienced were kept well hidden from the public. The teenage daughters they left behind will face their grief with more questions than answers.

Yesterday, two Kansas City deputies were shot to death as they were transporting an inmate from jail to the courthouse. Apparently the inmate overpowered the officers in the police car. It is such a tragic ending for those trying to do their job and uphold the law.  Several children no longer will have their mother and father in their lives.

Life was turned upside down for two friends from our church whose daughter died from Sepsis after going to the hospital with a kidney stone. No parent expects to outlive their children and that grief seems more difficult to bear. Such an event leaves one feeling helpless and hopeless. 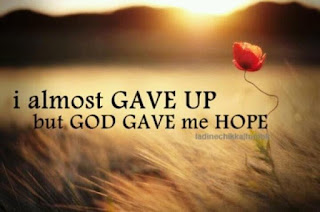 I know that our friends’ daughter believed in Jesus and that her parents will take comfort and encouragement from two Bible verses that speak on the subject of grief. The Apostle Paul wrote:

“Brothers, we do not want you to be uninformed about those who sleep in death, so that you will not grieve like the rest, who are without hope.  1 Thessalonians 4:13-14

Grief is a darkness that all of us will experience at some point in our lives, but a very necessary process that leads to healing. The difference for the Christian is that we have the ability to grieve with hope–knowing that this life isn’t the end. Paul wrote to the Christians in Rome knowing he would soon experience his own death:

“May the God of hope fill you with all joy and peace in believing, that you may abound in hope by the power of the Holy Ghost.” Romans 15:13

The older I get the more I am aware of the brevity of this life. Like many of you I’ve experienced seasons of grief and probably will again in the future. I pray that all of us who grieve will find the hope that only faith in Jesus Christ can give.