Come On, Ring Those Bells

Everybody also likes a good sale.

An online shoe store promotes “Holly Jolly July.” Amazon Prime Day posts sales to compete with Black Friday—the kickoff to the Christmas shopping season.  The Hallmark Channel’s Countdown to Christmas broadcasts two or more weeks of Christmas chick-flicks, along with the introduction of the Keepsake Ornaments for your tree. The home shopping networks lure shoppers with unbeatable offers for Christmas lights and décor.

It’s a typical July in Georgia with temperatures for the past week in the 90s, with the heat index in the low 100s. The traditional celebration of Christmas is five months away, but Christmas in July is in full bloom—right along with the back-to-school sales.  Yes, school in the metro Atlanta area starts back on July 31.  But, I digress and will save that discussion for another blog. 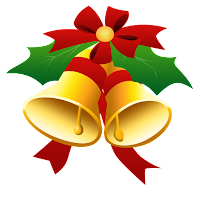 The summertime celebration of Christmas didn’t start as a marketing campaign to sell more goods. It originated in churches in the 1940s as a way of collecting goods that would be distributed to worldwide missions. During World War II, the U.S. Post Office coordinated efforts with the Army and Navy and the commercial card industry to send Christmas wishes to those on the battlefield. Sending cards early in the year ensured their delivery by December 25.

When do you celebrate Christmas when you live in the Southern Hemisphere? With the winter months falling in June, July, and August, some countries like Australia and New Zealand promote a July 25th Christmas to enjoy a snowy, cold weather traditional celebration. Like the Northern Hemisphere, they also enjoy the December 25th festivities which fall in the middle of their summer.

In my humble opinion, Christmas can and should be celebrated often and any time you choose—even in July. According to most biblical historians, the arrival of the Christ-child into the world probably didn’t happen on December 25. Snow and ice on the ground in Israel would have prevented the travel of thousands who were told to register for the census in the place of their birth. That’s why Joseph and Mary made the journey to Bethlehem, and Mary delivered the son of God in a lowly stable far away from the comforts of home. The important thing is to rejoice that God sent His Son into the world as a human baby who, thirty-three years later, would give his life on the cross to save us all from our sins.
That is something to celebrate all the time.

Deep in the Heart of Texas

“The stars at night
Are big and bright
Deep in the Heart of Texas”
Lyrics:  June Heshey
Music:  Don Swander

The lyrics to the popular song from the 1940’s definitely describe the sights and sounds of the countryside surrounding Austin, Texas. We spent four days there celebrating the marriage of our granddaughter, Marcella Davis, to her new husband, Brandon Clark. The small town of Dripping Springs, on the edge of the Texas Hill Country, is the official wedding capital of the state. Surrounded by Live Oak woodlands and rolling hills, the wedding venue was one of 35 located in the area.

Marcella & Brandon built a beautiful flower-covered cross for their ceremony. It was a breathtaking backdrop as they pledged their vows to God and to one another.  The couple graduated from Texas A&M in May, and will live and work in Dallas after their honeymoon. Where have the years gone?  How did we get to be this old?

While waiting for all the festivities to begin, we toured the Texas state capitol building.  The huge, pink granite facility was very impressive and beautiful.  It was educational to tour the historical legislative chambers, the ornate rotunda, and to check out the portraits and statues of famous Texans.  Davey Crockett, Sam Houston, Audie Murphy, and Presidents George W. Bush and Lyndon Johnson were among the many on display.

The phrase,“You can’t get there from here,” must have originated in Texas.  Both San Antonio and Austin’s interstates are flanked by one way frontage roads. You can often see your destination, but it is a challenge to get there because you can drive only one way, find the road that crosses under the interstate, and then go one way on the other side. To get back to where you started, you have to make another big loop. If it sounds confusing, it is? Charles’ driving nerves and my navigating skills got a real work out.


Texas is a great state to visit and it was wonderful to spend time with family.  But the tall pines of Georgia, the sultry weather, and the music of the crickets and tree frogs made us glad to come back home again.