Where Are the Kids?

As a teenager growing up in the 1950s, I was taught that future runaway population growth would result in catastrophic food shortages and death on an unprecedented scale. Sixty years later, the opposite is proving to be true in many parts of the world. Two recent internet articles discuss the threat of a declining birth rate to the stability of Japan, Europe, and America. The abandonment of parenthood and a shrinking population is already having serious sociological effects on society today that will not bode well for the future.

In The Atlantic magazine in June 2017, Alana Semuels wrote an article entitled The Mystery of Why Japanese People Are Having So Few Babies. According to her research, the work culture of Japan contributed to fewer than 1 million births last year and the lowest number in over a century. “Japan’s birth rate may be falling because there are fewer good opportunities for young people, and especially men, in the country’s economy.” Unsteady part-time employment is taking the place of regular employment with good benefits and dependable raises. Men are not considered good marriage material for Japanese women unless they have job security. Women, too, are working long hours and are less likely to want to add children to their already stressed lives.

Europeans and Americans are postponing or abandoning marriage and parenting at unprecedented rates. In Europe, the citizens are only following the pattern of their leaders.
The eight leaders of mainline European countries have only two children among them.

Jeremy Carl writes for FOX online news, Here’s why it matters that Americans are having fewer children than ever before. He points out that “People having fewer or no children at all may seem at first blush to be simply making a personal choice, of consequence only to themselves. However, this decision is actually one with profound political implications.” Many in the higher income levels, who can afford to raise their children, are choosing to have fewer children or none at all.” Those in lower income levels or in single family homes are experiencing a higher birth rate with fewer financial resources to finance their upbringing. The political and cultural landscape will also be affected by a growing number of legal and illegal immigrants who tend to produce more children.

Another factor is the high abortion rate. Covenant Care Adoptions of Georgia posted the following statistic from 2014. During that year, there were 30,013 abortions in the state compared to 381 infant adoptions. 82% of people with unwanted pregnancies chose to abort their pregnancies instead of allowing those babies to be born and placed in loving families. It makes my heart hurt just to think about it.

What are the implications of those statistics? (three serious and one humorous)

I can’t imagine my life without my children and grandchildren.  They bring so much joy and sometimes heartache to my life, but it is all worth it. Someone posted on Facebook that "the best part of growing old is grandchildren."  It's is also  a delight to be around the children in our church and to see the future in their eyes.

Two Bible verses sum up the importance of children for a fulfilling life.

Psalm 127:3-5 “Behold, children are a heritage from the Lord, the fruit of the womb a reward. Like arrows in the hand of a warrior are the children of one’s youth. Blessed is the man who fills his quiver with them! He shall not be put to shame when he speaks with his enemies in the gate.”


“Be fruitful and multiply and replenish the earth.” Genesis 1:28


The month of May provides me with many opportunities to celebrate life. 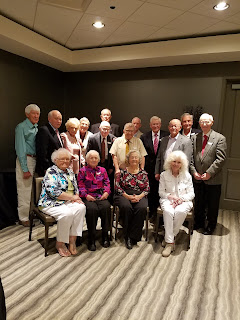 We just returned from a whirlwind trip to Memphis, Tennessee where Charles met with sixteen other graduates from the Whitehaven Class of 1948 for their 70th reunion. Lots of stories were shared about the original class of 134. The lives of the students were greatly impacted by the Great Depression and the onset of World War II, and although too young to serve, did their part on the home front. May 8 is V-E Day when the Nazi’s surrendered and the war in Europe came to an end. Those who served and those on the home front built their lives around faith, family, and friendships forged during those crucial years.

On May 12, I will celebrate my 20th liver-versary. No one could have convinced me in 1998 that I would be alive to write about my transplant twenty years later. I’d been too sick for too long. But by the Grace of God and gift of modern medicine, here I am with many good years still ahead. As I wrote in my book, Born Three Times—A New Life, A New Liver, A New Love, “I’ll always be grateful to a family of strangers who decided to donate their loved one’s organs in their time of great loss.” My goal has been to make that sacrifice worthwhile while living a life that honors their memory and honors God. 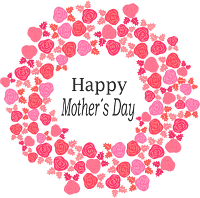 Mother’s Day is this coming Sunday. I am a blessed mother, grandmother, and great-grandmother. My life is so much richer because of my two sons and Charles’ son and daughter who treat me like a Mom.  Raising Stuart and Michael was challenging because of our health issues. I was sick with liver disease during their later childhood, and both boys inherited auto-immune issues that they still live with today. All three of us have become faith-filled survivors because of our experiences with poor health. Many of my five granddaughters, four grandsons, and four great-grandchildren live in other states and times together are too few and very special.

Six years ago this month, I started this blog with a desire to connect on social media through short, inspirational articles for people of all ages and especially senior adults. This is blog post #142. Since inception, my blog has been viewed by almost 34,000 people in many countries and all continents. I’m thankful for all of you who take time to read my musings.  Your encouragement is what keeps me writing.

A verse from Psalm 16:11 sums up what is in my heart during this month of celebrations.

“You make known to me the path of life; in your presence there is fullness of joy;
at your right hand are pleasures forevermore.”