Places of the Dead 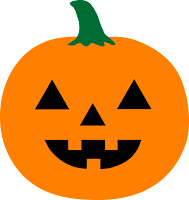 Halloween is an abbreviated form of “All Hallows Evening,” which is the beginning of a three day celebration called Allhallowtide.  According to Wikipedia, it is “the time in the liturgical year dedicated to remembering the dead, including saints (hallows), martyrs, and all the faithful departed.” During our trip to Italy, we visited two sites dedicated to remembering the dead—one Christian and one pagan.


My studies in Christian history shaped my opinion that the Catacombs around Rome were hiding places used by early Christians to escape Roman persecution. More recent archeological studies have shown that the Catacomb tunnels were dug as burial places for non-pagan believers.  We went to Rome eager to visit this piece of Christian history. Our tour took us outside the ancient Roman walls, into the depths of hand-dug tunnels and labyrinths deep in the ground. The volcanic soil and rock of the region provided the right medium for digging these mysterious caves.

Pagan Rome was not friendly to Jewish and Christian believers in the first century after Christ. The rich and powerful nobility were entombed after death in magnificent crypts within the city walls of Rome. The slaves and common people of Rome were cremated and their ashes scattered outside the walls. But Christians believed that their resurrected bodies would be called forth from their graves when Christ returned, so they wanted their bodies to be buried intact. The only burial sites available to them were the underground tunnels they dug by hand.

As we descended into the dark abyss, we didn’t know what to expect. Our passage was lit by our guide’s hat lantern as we wound our way single file through tunnel after tunnel.  There were a few places that were more open where our group could gather.  We were told these areas were used by families to share meals with their deceased loved ones.  After thirty minutes underground, I was chilled, spooked, and claustrophobic and couldn’t wait to see the sunlight at the end of the tunnel.  Quite an experience to remember, but not one I want to repeat.

The Ruins of Pompeii

Pompeii was founded as a resort for the nobility from Rome, since it was close to the Bay of Naples and in view of beautiful Mt. Vesuvius.  The dormant volcano violently awoke in 79 AD, and within twenty-four hours belched millions of tons of volcanic ash, rock, lava, and gas into the southern Italian countryside. The ancient pagan city of Pompeii was smothered by the ash that rained from the sky.  Many of its 20,000 residents heeded the warnings of the rumbling mountain and ran for their lives, but the 2,000 who chose to stay were suffocated and buried alive.
Explorers discovered the site of Pompeii in the late 1500s, but evacuations didn’t begin until 1748. Once the digging began, they discovered the walls, paintings, frescos, and mosaics of a prosperous Roman city preserved by the ash that buried it. After 1600 years, the shapes of bodies encased in ash were still recognizable. Plaster was poured into the shapes to preserve the remains.
It was not easy to navigate the rough and winding streets of Pompeii, but what we saw was worth the effort. We could almost picture every day activity as we walked through the remains of the large and colorful homes of the rich and powerful, the shops of the merchants, and the cramped houses of the slaves.  The giant amphitheater that held gladiator competitions and stage performances was well preserved and equally interesting.

We remembered the dead during our recent trip to Italy as we explored two ancient burial sites. I think I prefer the Americanized version of “All Hallows Evening” as the costumed kids make their rounds saying “Trick or Treat.” 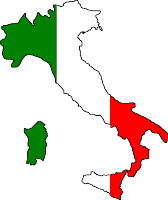 It was our trip of a lifetime. For years we talked about travelling to Italy.  In September, it became a reality. We rode on planes, buses, and boats, but the only way to see the sights is on foot. According to Charles’ Fitbit, we logged 95,000 steps during our seven days touring Rome and the Amalfi Coast.

Our amazing bus driver navigated the free-for-all streets of Rome with the efficiency of a race car driver. Most of the streets have no lane markers, so small cars, mopeds, and buses weave in and out with abandon. On the Amalfi Coast the narrow, winding mountain roads presented another challenge.  On more than one occasion, we participated in the “battle of the buses.” What happens on a sharp curve when two buses meet nose to nose—a game of chicken before they pass each other with six inches to spare?

I’ve always experienced severe motion sickness on buses and boats, so I was very nervous about this trip. My life and trip was saved by an anti-nausea watch and roll on anti-vertigo essential oils. I literally had NO nausea on mountain roads that were like coiled-up snakes, or on boats that rocked and rolled on the waves. The watch—worn on the underside of the right hand stimulates the vagus nerve that controls the balance of the ear canals. What a miracle invention!

Rome is a fascinating city with three distinct cultures. The deteriorating massive stone structures that defined the ancient civilization of pagan Rome were everywhere. The Colosseum, The Forum of Julius Caesar, The Circus Maximus, and The Pantheon brought back memories from my world history classes. That was the culture of Rome during the early days of Christianity. Apostles Peter and Paul were both martyred at the hands of the Roman authorities for proclaiming Christ and not accepting the Caesars as gods.

The Vatican and Catholic culture has dominated Rome since 380 AD. The many beautiful cathedrals and sites we visited were lavishly decorated with frescos and statues commissioned by the Catholic Church during the centuries from 1100 to 1500 AD.  Michelangelo’s paintings in the Sistine Chapel and his sculptures in St. Peter’s Basilica were breathtaking. Our tour guide took us to Vatican Square on Sunday where, at noon, Pope Francis delivered his blessing from the Papal residence. Although we are not Catholic, it was a meaningful experience.

Today’s modern Rome has many of the features of other European cities—hustle, bustle, and traffic. It is a key member of the European Common Market and an important business, fashion, and financial center.  However, its major business is tourism. We were part of a tour group, but we met several young adventurous folks who were making their own way through Rome and Italy.  I admire their fearless spirit.

We spent our last four days in Italy navigating the Amalfi Coast. The rocky shoreline on the Mediterranean Sea is home to beautiful and quaint cities that climb up the mountainsides. We stayed in an old convent that had been converted to a hotel. It was a delightful base for exploring Amalfi, Positano, the Isle of Capri, and Sorrento. My walking, climbing, and hiking legs got a real workout.

We are still recuperating from jet lag and getting caught up with life here in Acworth.  It’s been good to sleep in our own bed and eat something other than pizza and pasta. As wonderful as it is to travel, there is no place like home.
Posted by Frieda Dixon at 4:03 PM 2 comments: