Seventy-nine years ago this week, the 1.5 mile Lincoln Tunnel under the Hudson River was opened to traffic. Creative engineers constructed a safe path for travel under previously unpassable waters. For the first time, cars could drive from New Jersey and end up in New York City.

This bit of trivia caused me to reflect on other events we are experiencing here at the year’s end that mark a beginning and an ending and sometimes cause us to tunnel through to the other side.

Most folks will agree that the national election of 2016 was one of the most divisive in recent memory. And many will also agree they are very thankful that the election is over. As our country moves forward under new leadership many policies will end and new ones will be put in place. There will still be rough and tumble politics, but the uncertainty of who will lead the country for the next four years has been put to rest. 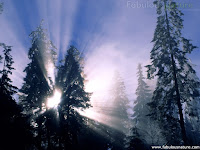 Did you notice that today we had one more minute of daylight than we did yesterday? The Winter Solstice was the divide between fall and winter and the shortest day of the year. Everyday has 24 hours, but from June to December in the northern hemisphere the daylight hours grow shorter and the nighttime hours longer. These days can be tough for those who experience Seasonal Affective Disorder. For all of us, longer hours of daylight will be a welcome relief signaling the arrival of spring.

Christmas marks the greatest divide in human history. God broke into history by sending Jesus into the world. No longer was God a distant creator but a flesh and blood Savior who bore the sins and hope of all mankind. The great divide between man and God was broken down. Light and love replaced death and darkness for all who put their faith in Him. May you find time this Christmas season to open your hearts to the light of God through his son, Jesus Christ.

“The people living in darkness have seen a great light;
on those living in the land of the shadow of death, a light has dawned.”  Matthew 4:16

On New Year’s Eve we will cross the divide from 2016 to 2017. Out with the old and in with the new. For some it is a lonely time as they remember the loss of family members and friends during the past year. I’m always glad for a fresh start and a new beginning. I resolve to make the next year better than the last—only to find my expectations don’t quite measure up to reality. My prayer is not just for a Happy New Year, but for a healthy, hopeful, and holy 365 days for each one of you.

Let There Be Peace on Earth

Many Christmas songs call for “Peace on Earth.”  As much as we would like a peaceful world, it’s easy to feel helpless when we see so much war and turmoil all over our planet. Maybe we need to look within to find peace in our own lives before we can impact our world.

In 2015 my friend, Tanya Hall, and I collaborated in writing 28 Advent devotionals for our church members to use during the weeks leading to Christmas. We used a stanza from the beloved Christmas song O Holy Night for each devotional. I’m pleased to post one of Tanya’s devotions where she shares her thoughts on the true source of peace. 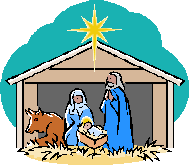 “His law is love and His gospel is peace.”

“Glory to God in the highest, and on earth peace to men on whom his favor rests.” Luke 2:14

What does peace mean to you? Is it the absence of conflict?  Is it really possible to experience peace in the midst of great conflict? According to the Bible, the peace given by God transcends all understanding. In other words–it doesn’t make sense. But we know God loves to work in the impossible. Many years ago I struggled with a situation that I could not move past. I was stuck. For seven years my mind and emotions were tormented. I could not enjoy the present, because I was stuck in the past. God did a healing in me that only He could do. He gave me a peace that transcended my understanding. I knew it was from God because nothing else I tried worked. His peace wrapped around my mind and emotions until I could rest from the battle.

God’s peace doesn’t make sense to the world yet it’s the world’s greatest need. Everybody is looking for peace. We all seek peace on earth, but it’s only in God that true peace resides. HE IS PEACE. He longs to fill you with His peace which abides in spite of earthy conflict. It truly transcends ALL understanding. The peace the angels proclaimed at the birth of Jesus has yet to be realized. It didn’t make sense to the chaotic world of Jesus’ time and makes no sense to our world today.

If you are lacking true peace, turn to Him. It’s the best gift you can give yourself.

Lord,You are my peace in this chaotic world. Amen.