Fuzzy Wuzzy is a Bear 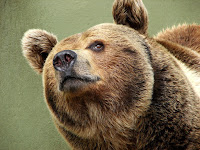 I learned a lot about Fuzzy Wuzzy this past weekend at the Atlanta Christian Writers’ Retreat sponsored by Word Weavers International.  Fuzzy Wuzzy is a bear that I must tame in order to write the kind of book that all of you will want to read.

The marathon retreat weekend provided me and other local writers a great opportunity to improve our craft. I participated in a non-fiction critique group with five other writers.  The Word Weavers rules kept all of us focused and productive.  Nobody likes to have their writing subjected to the opinion of others, but in the end, you produce a much better piece.  Each one brought 2500 properly formatted words.

The guidelines require that each work be read out loud. During the reading and critique, the author of the material must remain silent. Each person who critiques must say something positive about the writing up front, before offering suggestions on structure, grammar, tense, and other elements of good writing.  Another encouraging comment is given at the end, before the next person critiques. 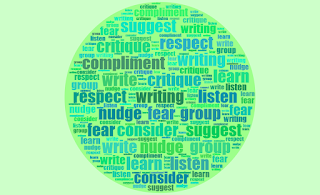 I brought two chapters for critique from Charles’ upcoming memoir, Chasing a Whirlwind. It frustrated me to repeatedly hear that many of my paragraphs and sentences were fuzzy and that I was way too wuzzy.  In other words, I need to clean up my act.  Move some paragraphs, reword some sentences, clarify this technical term, and stop using the word “was.” I only used it 88 times! The critiquers definitely had a point. It is a big challenge for me to write a memoir without using past tense.

When it was my turn to critique, I provided some of same advice for my fellow non-fiction writers.  I really enjoyed critiquing their poetry, devotions, articles, and blog posts.  Not only did we all improve our writing during the weekend, but we practiced some important Christian virtues.

Kindness: “Be kind to one another, tenderhearted, forgiving one another, as God in Christ forgave you.”  Ephesians 4:32

Honesty: “Teaching you to be honest and to speak the truth, so that you bring back truthful reports to those you serve.”  Proverbs 22:21

Humility: “For those who exalt themselves will be humbled.” Matthew 23:2

Yes, I learned a lot:
How to improve my writing,
How to accept criticism,


How to gently speak truth.
Posted by Frieda Dixon at 2:56 PM 4 comments:

Georgia has eclipse fever as it anticipates the total eclipse of the sun on August 21, 2017. The Northeast corner of the state will experience 100% darkness as the path of the moon travels between the earth and the sun. We will see close to total darkness in our area as well. Eclipse parties are being planned and some Georgia counties are dismissing schools late or will not have school at all that day. The eclipse will reach its peak at 2:30 in the afternoon when school age kids would ordinarily load on buses to head home.

The last total eclipse of the sun—visible from coast to coast—occurred in 1918 and the next one in 2024 will only be seen in a small section of North America. So this is a once in a lifetime experience for Georgia. Solar eclipse glasses are selling out everywhere, but I did manage to snag a five-pack from Amazon. We are ready if the weather cooperates.

Scientists will take advantage of the eclipse to study the corona of the sun and gain new scientific data about its surface. Scientists in Albert Einstein’s day traveled across Europe to see a total eclipse to validate Einstein’s Theory of General Relativity. They were able to take measurements during the eclipse that proved his light bending theory.

In ancient times, solar eclipses were viewed as omens and a foretelling of death and destruction. The Bible tells of several times in Jewish history when total daytime darkness was considered a sign of God’s judgment. In the book of Exodus, a plague of thick darkness lasted three days before Pharaoh set the Hebrews free from Egyptian bondage. On the day of Jesus’ crucifixion, the sun was blotted out from noon to three p.m. The Bible also foretells that the light of the sun and moon will be blotted out during the end times.

The anticipation and preparation for this eclipse reminds me of the frenzy of December 31, 1999 and Y2K. The arrival of the new millennium was supposed to affect the power grid and computers all over the world. People stocked up emergency rations so they could survive for days without electricity and food.  It’s always good to be prepared, but the hype far exceeded the reality.

When the sunlight is blocked for several hours on August 21, it should remind us  that we are not in charge of the heavens or the earth. It will be a good time to reflect, pray, and consider our relationship to God—the One who created it all.

“When I consider Your heavens, the work of Your fingers,
The moon and the stars, which You have ordained;
What is man that You take thought of him,
And the son of man that You care for him?
Yet You have made him a little lower than God,
And You crown him with glory and majesty!
You make him to rule over the works of Your hands;
You have put all things under his feet,
All sheep and oxen,
And also the beasts of the field,
The birds of the heavens and the fish of the sea,
Whatever passes through the paths of the seas.
O LORD, our Lord,
How majestic is Your name in all the earth.”