Socialism and Communism are failed systems.

According to Shawn Langolis, Social Media Director of Market Watch 50% of Millennials—those born between 1982 and 2004— would rather live in a socialist or Communist country than in a capitalist democracy.  What!!!

“The survey, which was conducted by research and data firm You Gov, found that millennials are the least knowledgeable generation on the subject, with 71% failing to identify the proper definition of communism.”

Some millennials indicated their admiration of Karl Marx, Joseph Stalin, and Kim Jong Un. Why have our high schools and universities failed to teach world history and indoctrinated these young minds with fantasies of utopia? I thought when the Soviet Union fell in the 1990s that the failed Communist system failed with it.

One hundred years ago in November, 1917, the Bolshevik revolutionaries led by Vladimir Lenin, took over the Russian government. Thus began five years of Civil War and a tumultuous period in which the workers, soldiers, and peasants took over the reins of government. The end result was a consolidation of power in which Marxism became the law of the land. All private property was nationalized by the government, and so were the banks.  All private bank accounts became the property of the state and all church properties were seized. Control of the factories was given to the soviets.

This revolution set in motion a chain of events that would murder 100 million people in Europe, China, Asia, and other places around the world. Communism not only took lives, but destroyed the dreams of freedom for millions more.

If I could talk to a Millennial who believes in Communism, the first thing I would say is,

“GIVE ME YOUR PHONE.”
Our phones provide freedom of information, freedom of association, access to bank accounts, and apps of every kind that make life entertaining and interesting. Communism will not allow that kind of freedom.
“GIVE ME YOUR BIBLES.”
There will be no religious freedom under Communism. Only the State Church will be legal and atheism will become the official religion.

“GIVE ME YOUR PROTEST PLACARD.”
No longer will you have the right to protest and demonstrate against the government.  Your individual rights no longer matter and your freedom of speech will be squelched.

“GIVE ME YOUR LIFE.”
You will be required to fight for the fatherland—no voluntary service allowed. Your educational and career paths will be determined by social planners and you can forget about having the money to buy cars, technology, and cool clothes.  Cuba is a good example. Sure your health care might be free, but you will die waiting for quality care. 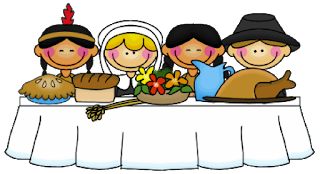 During this Thanksgiving week, I have much to be thankful for—my faith, my family, my friends, and my country.  The United States of America is not a perfect nation and our capitalistic democracy hasn’t always worked the way it should. Poverty and discrimination are still with us.

But, I am thankful for a band of Pilgrims who risked life and limb to stake their claim in a new land. They were the original immigrants who came looking for religious and economic freedom. Immigrants still yearn to come to this country for the same opportunities.

I am thankful for the help the Native Americans provided that kept the settlers from starvation. Today we must do more to recognize all races and people who contributed to the success of our melting pot.


Above all let’s teach history—warts and all—to the upcoming generations. Schools need to present a realistic picture of Communism, Socialism, and Capitalism.  If we don’t understand and learn from history, we are doomed to repeat it.

Hold onto your wallet, hallothanksmas is here.  I can already see my bank account shrinking from the demands of the next two months.

According to the online Urban Dictionary:

“Hallothanksmas is an event running from early October to New Year’s Eve. Due to peoples obsessive need to start the holidays earlier and earlier, the three holidays of Halloween, Thanksgiving, and Christmas have merged into one huge morass of shopping.”

Since October 31, I can no longer listen to my favorite Sirrus XM radio station unless I want to be bombarded with endless versions of Jingle Bell Rock and Santa Claus is Coming to Town. Both Hallmark channels on cable TV plan to broadcast nonstop Christmas movies until after New Year’s Day. How many ways can a man meet a woman, fall in love, and get married just in time for Christmas?

I am not a Grinch and I enjoy Thanksgiving and Christmas too, but the overload can rob me of the joy of the season.  Thanksgiving somehow gets lost in the shuffle between the candy corn and candy canes. It makes me sad because I enjoy that holiday the most.

So how do I cope with hallothanksmas?