The Gift of Second Chances

Who doesn’t want a do-over?

American humorist Will Rogers is credited with saying,
“You never get a second chance to make a first impression.” 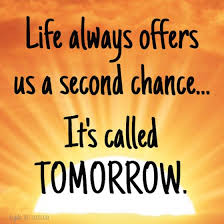 Sports teams and players often wish they could undo the big mistake that cost them the game. Even with instant replay, they seldom get a “do-over.”

Life presents most of us with numerous opportunities to try again for success. In a way, the start of every year and even every day is a new beginning—a second chance. In the Weight Watchers program, we are told if you mess up your food choices one day, start fresh the next and get back on tract.

What life events produce the opportunity for a second chance? They are very stressful and change life in an instant.


What do we do when life deals us a body blow that takes the wind out of our sails?

The American Psychological Association explains the importance of resilience in recovering from stressful situations. “Resilience is the process of adapting well in the face of adversity, trauma, tragedy, threats or significant sources of stress—such as family and relationship problems, serious health problems or workplace and financial stressors. It means "bouncing back" from difficult experiences. Research has shown that resilience is ordinary, not extraordinary. People commonly demonstrate resilience. One example is the response of many Americans to the September 11, 2001 terrorist attacks and individuals' efforts to rebuild their lives.”

Many non-fiction books and movies are written about people who overcome major adversity and develop the skills necessary to move on with their lives. Sometimes you have to experience the worst to appreciate the best.

The ultimate “do-over” or second chance is laid out in the third chapter of the Gospel of John. The process of being “born from above” transforms a person and gives them the ability to see the world through spiritual eyes and grants a believer eternal life. John 3:6-7

April is National Donate Life Month which recognizes and celebrates organ donation. The selfless act of organ donation provides second chances for recipients who would otherwise die from organ failure.

I spoke this week at a Christian Women’s Connection luncheon with the theme, “Second Chances.”  They promoted the importance of organ donation and I presented my story and testimony—“Three Amazing Gifts and a Second Chance at Life.”
My speech was inspired by my memoir which many of you have read. My book makes a great gift for someone dealing with difficult times.
.
Born Three Times—A New Life, A New Liver, A New Love

Until 4/30/17, I am selling signed copies of my book for $13 each (includes US postage.)  Send an email to friedasdixon@gmail.com. A stamped, addressed envelope will be enclosed for your payment convenience.

Comment on my blog below and tell me about your gift of second chances.
Posted by Frieda Dixon at 8:51 AM 2 comments:

A 99 year old Dutch lady, Annie, and 102 year old Edie in St. Louis fulfilled their dreams by getting arrested.  (As reported by CNN 3/1/17)  Annie wanted to “experience a police cell from within.” She had the time of her life “when she was picked up by police, cuffed and locked up.” 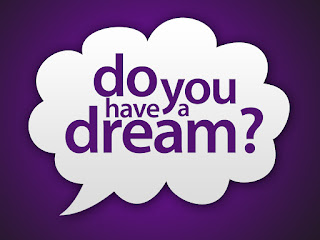 According to the news report, Edie requested that she be arrested at her senior center while she was delivering her handmade craft items.  She probably wanted to make sure her friends witnessed the exciting event.


These are two ladies whose “bucket list” aspirations are definitely unique and not what I have in mind for my 100th birthday.  In my braver moments I want to ride a zip line or sky dive, but the older I get the less likely either will happen.  I have enough aches and pains from just a day of shopping at the grocery store or mall.


The FOX 13 TV Station in Tampa featured the following story.  “96 Year Old World War II pilot takes flight again in Florida.”  Adventuresome Bob Brocklehurst, gave a thumbs up as he took to the air in a P-51Mustang like the one he flew for the military.  During the war he was stationed in Alaska for two terms protecting the Aleutian Islands from the Japanese. After 70 years, he was not content to just co-pilot the plane so he took the controls for a loop and a barrel roll. According to Bob, “I felt right at home.”


My late bloomer husband and private pilot husband, Charles, definitely has this on his “dream list.”  Charles wasn’t a military pilot, but helped to taxi and repair many types of military planes while he was in the Navy.  His dream is to get back in the pilot’s seat of a general aviation aircraft that he has built.


The lesson I plan to teach this Sunday during children’s church is about Simeon and Anna—two senior adults in the Bible who saw their dreams fulfilled.  When Mary & Joseph brought Jesus to the temple when he was eight days old to be presented to the Lord they were met by Simeon—a righteous and devout man who yearned to see the “consolation of Israel.” He recognized Jesus as the one who had been promised as the “glory of Israel” and “a light for revelation to the gentiles.”  Anna, a widow and prophetess at the temple, prayed for many years to see the “redemption of Israel.”  God fulfilled both of their heart-felt dreams when they were allowed to see and hold the infant Jesus.  Luke 2:29-32  (Quoted  from the English Standard Version of the Bible)


A dream is defined in the English Oxford Living Dictionary as “A cherished aspiration, ambition, or ideal.”


Do we dare to dream and think about the plans that God still has for us?  Like the prophetess, Anna, we must never lose hope that God will answer our prayer.  Like Simeon, we need to listen to God’s instruction and be available when given an opportunity.  Remember, if it’s a dream God has placed in your mind and heart—He always shows up on time.   Keep praying and waiting.
Posted by Frieda Dixon at 2:31 PM 5 comments: