It’s a good thing I memorized the Mother Goose rhyme that helps me remember the number of days in each month. Knowing the rhyme has prompted me to write another post before Wednesday. Usually, I have an idea or two in the hopper for my bi-monthly blog, but this short month caught me short.  I don’t even know what happened to September except that I spent two weeks with a stomach virus followed by a cold, and here we are ready for October.

When I was a child, I loved the month of September because it meant going back to school. I was one of those weird kids who loved school—new teachers, books, friends, and opportunities. I’m sure school instilled my love for learning, reading, and writing. For me the first Tuesday of September when school resumed was more like the beginning of a new year than the traditional New Year’s Day on January 1. Since my school years were spent in Western New York State, the colorful leaves peaked and fell in September. Kicking and crunching the leaves as I walked to school was a favorite pastime.

Two songs I still enjoy include September in their titles. The 1959 song “See You in September” was a big hit when I was a teenager and wishing I had a summer love.  And who still doesn’t enjoy the very romantic song “September Morn” sung by Neil Diamond.  Here is some more September trivia: 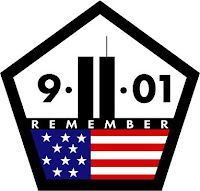 Now for the serious side of September. At the top of our list has to be our remembrances of 9/11. Where were you on that day?  We were on a tour group bus in the heart of France. We had pulled into a rest stop, and there in the corner was a small black & white TV showing grainy footage of the smoking twin towers. I first thought it was a replay of the old King Kong movie with the giant ape climbing up the Empire State Building. Everything was in French and nobody in the rest stop spoke English so our tour guide had to interpret for us. We were all in panic mode when we got back on the bus. It wasn’t until we got back into Germany that we could watch English speaking television. We weren’t sure when and if we could fly back to the US. On the return flight several days later everyone sang God Bless America when our wheels touched down at the Atlanta airport.

Even after 29 years, I sadly remember September 17, 1996. That was the day my first husband, Talmadge Davis, died of a sudden heart attack. Our family life changed forever. One week later my youngest son, Michael Davis, celebrated his 15th birthday. September memories are better these days because a grandson and granddaughter were also both born in this month. I am thankful everyday that God allows me to live and enjoy another beautiful September.

I like the music sounds of previous decades—50’s, 60’s 70’s along with some more recent music too. The songs that used to croon about June, moon, and spoon and were accompanied by instruments were my favorites. When I finally figured out how to RIP my music to my computer, transfer the sings to my Kindle Fire HDX, and play them on my Bose Bluetooth speaker, I felt like I had arrived. I could listen to all my old favorites anyplace, anytime, anyhow.

My granddaughter was helping clean up the kitchen after a recent meal I had cooked for my son and his children. We were having a real bonding time over the kitchen sink. Afterward I suggested we  sit down to watch a bit of TV. When I turned it on, the Public Broadcasting Channel came up with one of their quarterly fundraising events featuring a well-known singer of the past. Just as I was relaxing, my granddaughter jumped up and announced, “Grammy, that’s old people’s music,” and she flounced out of the room.

Oh my, I guess she was right. It didn’t impress her one bit that I know how to play my favorites on all the latest gadgets. And she probably wouldn’t be impressed if I told her about the wonderful time Charles and I had attending the Barry Manilow concert on our anniversary. Somehow she just couldn’t imagine her grandparents swinging and swaying to his music. Do I dare mention to her that a friend and I recently attended a Josh Groban concert and listened to his beautiful baritone voice sing Broadway hits from yesteryear?

Charles and I recently watched another PBS program featuring Johnny Mathis along with the announcement of his upcoming concert in Atlanta in January. I looked at Charles and laughed, “More old people’s music.” He said,” If can still sing like that at his age, we need to get tickets.” Now to complete my concert bucket list for the year, I need to hear Michael Buble` sing all the oldies but goodies in the swing style of today. It just proves that what goes around comes around.


When I’m alone and have some unpleasant household task to perform, I turn on my Kindle and speaker full blast and am transported to another place and time. Old People’s Music helps me feel young again.