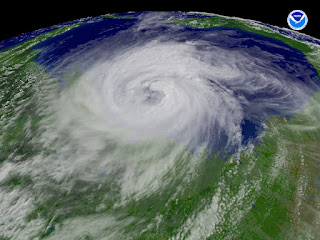 As you can see, I took writer’s license and created two new words to describe the recent hurricanes.  For many years these dangerous storms received only female names.  But today names are alternated so that we have equal opportunity hurricanes.  I feel sorry for Houston. Its fifteen minutes of fame and its massive flooding from Him-acane Harvey is upstaged as
Her-acane Irma targets the Caribbean and Florida. While watching and waiting for this powerful storm to hit Florida, I read some interesting and random information about Harvey and Irma.

Harvey and Irma Schulter have weathered the storms of marriage for 75 years.  This couple from Spokane, Washington married in 1942, fostered 100 children during their long-lasting marriage, and taught children in Sunday School for many of those years.  No wonder their marriage has lasted so long.

Everything is political these days—even hurricanes.  From across the pond, actress Jennifer Lawrence pontificates that Harvey and Irma are signs of “Mother Nature’s rage and wrath” at America for electing Donald Trump who doesn’t believe in man-made climate change. I guess she has an “in” with Mother Nature.

Some see apocalyptic signs in the recent eclipse, earthquake in Mexico, wildfires out West, and hurricanes in the Gulf.  “Ahmed Ragab, a professor of Science and Religion at Harvard, argues that there is a good reason some people see doom in what’s going on: The pileup of disasters is affecting people.” (msn.com)

Max Lucado, San Antonio preacher and best-selling author, reminds people that God can be found in the midst of the storms of life. He doesn’t discount the pain people are suffering during the times of devastation, but offers encouragement and hope. (foxnews.com)

“The storm is coming, but God is with us.
Look ahead and chart a path to safety.
Look around and see who you can help.”

As Irma targets the metro Atlanta area, we are preparing for a tropical storm.  New batteries are in our flashlights and extra ice is stored in case we lose electricity from the high winds.  Many in disaster zones will have a long process to rebuild their lives. I am thankful we have a comfortable, dry house and am determined to take nothing for granted in these uncertain days.