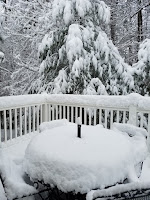 Today was supposed to be my Christmas shopping day.  Instead we are buried in an unexpected eight inches of snow. Georgia and snow don’t go together—too many hills and too few snowplows. After a lengthy power outage, I am back to cooking, washing, and blogging.

The familiar Christmas story is most often recounted from the birth narratives in the Gospels of Matthew and Luke. A verse tucked into the small book of Titus also tells the Christmas story in thirteen powerful words.

“For the grace of God has appeared that offers salvation to all people.” (Titus 1:2)

A definition of Grace was recently posted on Facebook.

Every world religion, except Christianity, is based on Karma.  Do enough good deeds and you can find god and earn salvation.  Christianity turns that idea completely around.  It’s not what you do for God, but what God has done for you. He broke through the darkness of this world when he sent Jesus to be born of a human mother in a lowly stable.  The Bible tells us that he was the perfect Son of God, lived his life without sin, and was filled with grace and truth. That grace is imparted to us when we accept Him as our Savior and Lord.

The celebration of Jesus’ birthday began in an attempt to counter the heresy of Gnosticism—the belief that Jesus wasn’t really born as a human because the material world and flesh are evil. The Gnostics believed since Jesus wasn’t human, he couldn’t have died for our sins and been resurrected for our salvation.  Gnosticism believes that man can find God through knowledge and mysticism. The stories of Jesus’ birth were written down and widely circulated by word of mouth to disprove that heresy. 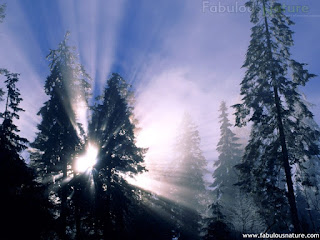 Happy Nativity Day would have been a common saying among early believers instead of Merry Christmas. The Christ-Mass wasn’t celebrated until the time of the Roman Emperor Constantine around 336 A.D. Jesus probably wasn’t born in December, but the time of the winter solstice (around December 25th) was chosen as symbolic of darkness becoming light. That time of the year was also the time of the Jewish Festival of Lights. And, yes, the pagans celebrated the birth of the sun god during this time of the year. During his earthly ministry, Jesus declared himself “the light of the world.”  That is something worth celebrating.